Relax, There’s a Chance It
Will All End Up With a Blast

The danger of normalizing something so terminally outrageous is that it makes us all numb, complacent, vulnerable. Suddenly, yesterday’s inconceivable is today’s inevitable, and what we’ve been resisting against for millennia finally breaks through and flips us all into ashes.
Take meteorites, for instance – what? you thought we were talking about something else? One just zapped by Earth this week and didn’t even make to the front pages. NASA says there may be a couple more with our street address on them, heading our way. What then?
There’s an underfunded agency tracking so-called near Earth objects, sizable enough to cause harm. But size was relative in the dinosaur demise, 65 million years ago. Bigger rocks have hit the planet before and after, with little notice or damage. Luck us.
Still, if the risk is in the angle and substance, not scope or even speed, so be it. Few remember but in 2013, the world was expecting an asteroid to pass at large, when out of the blue, another, unknown, exploded over the skies of Russia. Luck was indeed in the angle.
Call us paranoid but when the eruption of the Vesuvius finally made it to the headlines of the day, it’s likely that the lava was already eating the town by its borders. And even if it caught some overly worried like us in its wake, most of the cautious had already made out of the joint. 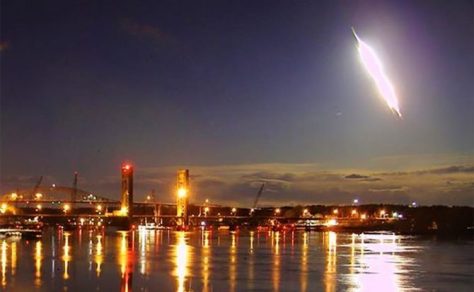 THE HARMLESS FLEET & THE UNDETECTED KILLER
The unsettling thing about 2017 FU102, the near-Earth asteroid that zapped by us Sunday, was not that it passed at 0.6 times the mean distance of the Moon, but that it’d been discovered only four days before. Ok, so it was a 10-meter rock, that at the most, would’ve probably smashed a car, if it’d crashed.
But by the same measure of anticipation, had it been a thousand times bigger, even with over a year of advanced notice, there’d still be little for us to do. What, with our current state of affairs, many would’ve likely spent millions trying to prove that it was all NASA’s invention.
At the end of the day, it is the luck of the draw that we haven’t been hit yet. And, to some extent, spending millions trying to come up with a way to divert these civilization killers may not count on many supporters. But the alternative sucks: what to do in the waiting months till the inexorable? 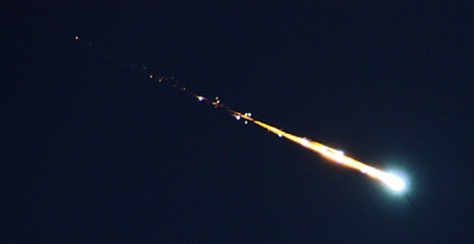 METEOR SHOWERS & THE NEW FIREBALL SEASON
There are many who appreciate regularly scheduled meteor showers, multiple annual night presentations sponsored by nature, going on since before we came into the picture. On the 22nd this month, for example, we’ll have the Lyrid Showers, and who knows what does heaven have in store for us.
But the er big stars of every year is the Perseid, on August, the November Leonid, and the Geminid in December. There are more, some not big enough to have a name. By all accounts, showers are benign and entertaining, when it doesn’t rain, of course. Kids love them, perhaps because they happen late in the evening.
Another thing altogether is dealing with the term Fireball Season, possibly coined by H.R. MacMillan Space Centre astronomer Derek Kief. One can’t help it but to fear the implicit ominousness of such (more)
_______
Read Also:
* Spacing Out
* Space Droppings
* It’s Fly By Us