If you roam this world,

it’s very likely that there’s been a time when you wished you could’ve just vanished from the face of Earth. Maybe you owe money, did something despicable, or can’t possibly put up with what the Tea Party is doing with the American democracy.
There’s no shortage of reasons for getting away from it all. And while art and human imagination have contributed along the centuries to fulfill our longing for being physically oblivious to reality, there’s now a new powerful ally fast ushering us towards the void: science.
Several developments in the technology of bending light waves have brought us a bit closer, if not to the full monty of extreme discretion, at least to abscond a variety of subjects, that just a few years ago was possible only in movies and computer science.
From metamaterials, which interact with light and can been printed in large sheets, to a cylinder that doesn’t reflect microwaves, to even a combo of mirrors, lenses or tanks of water, cloaking devices seem to be the new holy grail to some scientists. Even if they have to make a cat disappear, like they did in Singapore.
By now, it’s easy to think that it may be all about smoke and mirrors, for some developments are truly fantastic. Such as an invisibility ‘time cloak,’ which can actually hide entire events by manipulating the speed of light in optical fibers. If it sounds heady, that’s because such a device is perfectly capable of blowing our minds.
In fact, when it comes to the quest for invisibility, it’s not just minds that are bound to be smashed. Think about how much the defense industry is investing in this research to grasp some pretty harry scenarios. And there’s also the practical side of being invisible, a prospect not to be rose-colored about. 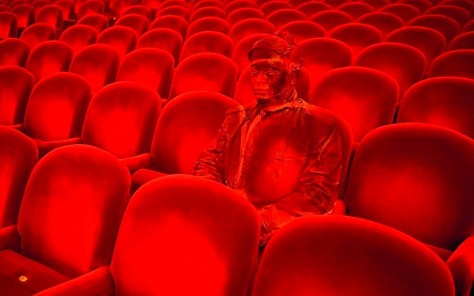 SCI-FI & DREAMS OF SILVER SCREEN
Fantastic literature and movies, of course, have been teasing us for years about the prospect of vanishing into thin air, and talking about Harry, it was one of that boy wizard’s early films that got a whole new generation on track to be mesmerized by it. Never mind the creepiness factor of lurking undetected in somebody’s room.
Cinema has contributed a huge chunk to our fascination, and the 1933 James Whale’s feature, The Invisible Man, may have laid down the rules END_OF_DOCUMENT_TOKEN_TO_BE_REPLACED 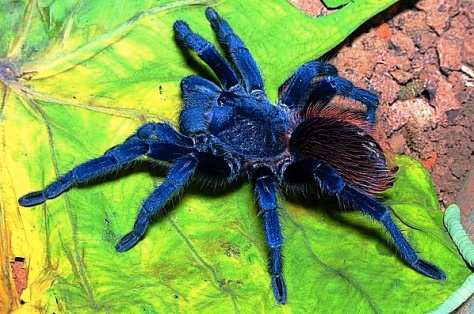 Another Blue Tarantula &
a Spider That Builds a Decoy

It’s good that we have no plans of spending time at the tabletop mountains of Brazil anytime soon. Although we hear nice things about the place, there’s one particular local beauty we wouldn’t like crossing paths with over there: the newly-discovered Sazima’s tarantula.
It’s also a great asset to be of a certain stature (physical, not exactly moral); we tend to tower over spiders. But if you were the size of, say, a fly, caution would be in order: an also newly-found arachnid builds a much bigger ‘spider’, to lure and scare the bejesus out of small critters.
They’re both residents of South America’s Amazon and are truly fascinating for the way they look or go about their business of, well, eating small bugs and stuff. Think about that the next time someone talks about hiking in the jungle, and as if spring has sprung, lightly teases you about joining them.
Be strong and resist, always. In case you’re wondering too, that’s how we spend most of our Saturdays: finding new ways to terrorize our senses. In the process, as it’s pathologically common with fear, we learn a great deal about entomology, the Rainforest, wonders of travel and the natural world.
In reality, as many an enologist don’t actually drink, knowledge not always require one to touch the stuff. We’ve had quite a few fascinating conversations about bugs with people who can’t stand having one around. In some cases, clinical detachment in no way prevents anyone from getting intimate with a subject.
Before going any further, though, let’s be clear that we would hardly END_OF_DOCUMENT_TOKEN_TO_BE_REPLACED