It’s been a tough for year teenagers, and we’re not talking about their choice of iPhone here. Around the world, the plight of adolescents often accurately reflected the state of their societies, either by achievement or, most likely, by the relentless sacrifice of their lives.
Using demographics to pinpoint the ills of our times may not be the most comprehensive way of going about it. But the past year has shown, with stark clarity, the kind of world we’re setting up for those we’re breeding to occupy it. And the picture is bloody.
There has never been a time when being an adolescent was easy, regardless of what a certain brand of parenting may prescribe. Since the post-Industrial Revolution era, that ever evolving segment is constantly oppressed between their innocence lost and the brutal awaking to a world mostly indifferent to their needs and aspirations. Some perished, by the dozen, while some excelled.
In the U.S. and the Americas, in Europe, Asia, and the Middle East, their voices have been heard, but only briefly, and usually right before being silenced by the thunder of gun barrels and the proselytizing of homicidal leaders, pursuing their intolerant agenda.
Thus it was a small miracle that, at the year’s end, a courageous 14-year Syrian boy, Usaid Barho, refused to ignite his suicide vest inside an Iraqi mosque. For most of the months prior have been a story of lives destroyed before they even reached their 20s.
Take the U.S., for instance. Throughout the year, scores of black teenagers have been shot and killed by police, joining the ever open graves of racially-motivated murders, whose numbers are already inflated as if we were all back in segregated times.
For such an underprivileged segment of the American society, 2014 has gone to the books as a blood-red blotch, as law enforcement institutions continue to downplay their own lack of preparedness to deal with this country’s glaring racial inequalities.
Since crime has been on a statistically downward trend, and even recent fatal shootings of cops, albeit tragic, remain rare, how come so many black youth have been killed in the streets, and thousands more continue to swell the jail population to record levels?
The young is always getting into trouble, one may say, brains still forming and all. But what we blame on them is exactly what governments and societies use to manipulate them into being unquestioning soldiers, loyal militia members, and gun-bearing vigilantes: their idealism, cluelessness towards danger, longing to belong. In 2014, we’ve betrayed them even more than usual.
Consider the more than 200 Nigerian schoolgirls, kidnapped by a terrorist outfit, END_OF_DOCUMENT_TOKEN_TO_BE_REPLACED

They say what creates a thief is opportunity. But most con men would beg to differ. If you let a seasoned pro tell you what it takes to be a successful robber, soon he’ll sound like a piano virtuoso, an operatic tenor, a commanding maestro. Better keep an eye on your wallet.
In reality, for every Ronald Biggs, who, along with 14 others, stole from a train almost $70 million in today’s dollars in 1963, and spent the best of his life in Rio, there are a hundred Andrew Toothmans, who broke into a Kentucky store and came out naked, covered in peanut butter.
And for every Parachute Jumper, the unknown daredevil who jumped off a night flight over the frigid wilderness of the Pacific Northwest in 1971, with a cool $200 thousand in his pocket, there are hundreds of João Pedro dos Santos, who tried to open a banking account in Brazil using an ID on his name with a picture of actor Jack Nicholson.
But there are very few Sarah Jane Cochrane-Ramseys out there (and down under), we’re sure. The Australian woman became an instant legend, managing to turn the tables in the well-known brotherhood of Nigerian scammers, by swindling one out of $30,000.
Fact is, in all crafts, 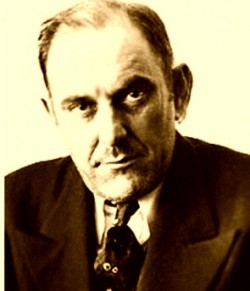 there are highly-skillful artists and ridiculously inept blunderers who’d do everybody a favor switching professions. Point taken. But if you resort at robbing people for a living, but keep failing at it so spectacularly, a simple change of trade may not be enough to get you anywhere.
It’s another story for those who succeed. Even when they’ve never heard of Victor Lustig and his 10 Commandments for Con Artists, those are the ones who show a particular streak of sociopathology as to make them both END_OF_DOCUMENT_TOKEN_TO_BE_REPLACED 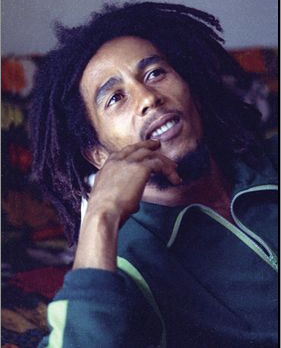 He was still young, at 36, but had already become one of the greatest artist to ever have come from Africa. In his native Jamaica, only one of his mentors (and competitors), the older and still very much alive Jimmy Cliff, END_OF_DOCUMENT_TOKEN_TO_BE_REPLACED 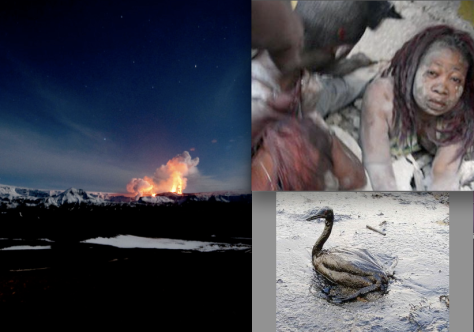 A year of extremes but no breakthroughs. Records of the wrong kind (U.S.’s longest armed conflict in Afghanistan and worst environmental disaster ever, highest temperature indexes in several regions of the world, increased infection diseases mortality rates in the Caribbean and Africa, and staggering drug trafficking casualties in Latin America) plagued the world, with the additional bonus of a certified freak: a snowstorm in the middle of the Australian summer.
But there was no progress in Israeli-Palestinian peace talks; no curbs on Iranian and North Korean authoritarian antics or scary nuclear ambitions; no meaningful proposals to solve political impasses in the Ivory Coast, Sudan, Rwanda, Nigeria or Zimbabwe.
Disturbing tactics did get deployed, though, by the world’s superpowers but with the only intention of curbing whistle blowers and freedom of information acts such as WikiLeaks. It gave civil rights activists of every stripe a chilling pause to see END_OF_DOCUMENT_TOKEN_TO_BE_REPLACED