The Deaths of Two Pablos &
the Latin American Sept. 11

Just as the exhumation of Pablo Neruda’s remains got under way in Chile, Wikileaks has released another trove of U.S. documents. This time, they relate to the same period of the poet’s death, days after the Sept. 11, 1973 coup that ousted democratic president Salvador Allende.
As for the other Pablo, April 8 was the 40-year anniversary of Picasso’s death, who was also targeted by a dictatorship, that of Francisco Franco, but managed to outlive its reign of terror. Thus what took place decades ago remains relevant even to these indifferent times.
The 1970s was a dark period for most of Latin and Central America, with widespread military coups and disregard for human rights. It was a time when blood-thirsty rulers, under the banner of fighting a mostly fabricated Communist threat, were let loose to persecute and assassinate political opponents.
What’s disturbing is the fact that they may have had help from Washington and the Vatican, as the Wikileaks papers attest. Former U.S. Secretary of State Henry Kissinger and Pope Paul VI, both central to events of the period, are shown to be aware of what was taking place down South. They just chose to do nothing to prevent it.
Kissinger’s role has long been discussed, as there’s an overall consensus that the generals who disrupted by force so many democracies in the region could not have remained in power for as long as they did without political support and funding from Western powers. Despite all claims to the contrary, he’s staunchly denied any role in the Chilean coup.
But the papers also show that the Vatican had downright dismissed mounting allegations and evidence of almost indiscriminate murders and serious violations END_OF_DOCUMENT_TOKEN_TO_BE_REPLACED 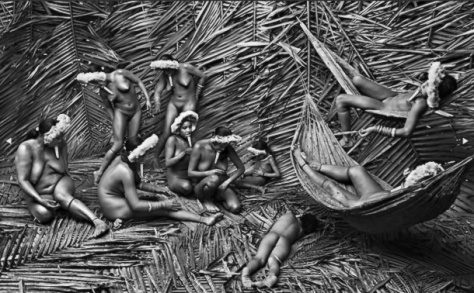 Some Progress on Paper, But Old
Battles Still Need to Be Won Again

Past the first century by four years, the International Women’s Day continues to serve as lamppost to reassess and reaffirm its principles of equality, freedom, and all that. But unless we’re mistaken, we seem to be fighting one too many battles we thought had already be fought.
While the U.S. has renewed the long overdue Violence Against Women Act, both inside it and abroad there’s been no shortage of examples of ingrained prejudice and despicable acts against mothers, wives and daughters. But rejoice: there’s also Malala Yousufzai’s life to celebrate.
It’s been that kind of year. For a few achievements and heroic acts of note, it also brought back a whole struggle,needed to prevent a turning back the clock on women, their reproductive rights, access to education, safety to raise their families, and dignity as human beings. And somehow we wish such reality was not only conditioned to the U.S.
For perhaps not surprisingly, the past 12 months marked a reinforced charge by the Catholic church, through its minions in congress and elsewhere, to restrict even more the inalienable right of a woman to make choices concerning her own body, through a well-heeled campaign of terror and intimidation.
One’d think the church would have been busy coming clean out of the horrific accounts of child abuse in its midst, while restating its self-appointed spiritual mandate, opening its doors to the sex minorities it’s been rejecting for centuries, to the poor, and to those still seeking some kind of emotional rescue. But it’s been far from it.
Through much of the year, religion-affiliated colleges, and health institutions have formed an united front against women, in an attempt to undermine a few decades of improvement in public health that the women’s movement managed to bring to the whole of society. It’s been END_OF_DOCUMENT_TOKEN_TO_BE_REPLACED

An old cultural Spanish tradition may have its days numbered as the parliament of Catalonia voted to ban the torada, the practice of killing bulls for public enjoyment. What is also known as corrida has been part of Spain’s national image for centuries and it’s celebrated as an art form. Nobel Prize Winner American writer Ernest Hemigway was one such enthusiast and once wrote, “Bullfighting is the only art in which the artist is in danger of death and in which the degree of brilliance in the performance is left to the fighter’s honor.”
Almost as old as bullfighting is Catalonia‘s struggle to reaffirm END_OF_DOCUMENT_TOKEN_TO_BE_REPLACED 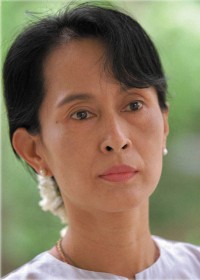 Suu Kyi, a Nobel Peace Prize winner who single-handedly personified the struggle of thousands of Myanmar citizens against the country’s military junta, has been released from her seven and a half years of house arrest.
The Oxford-educated daughter of General Aung San, an independence hero assassinated in 1947, she’s been incarcerated for 15 of the past 21 years, since her return to the country that used to be called Burma.
But although as politically articulated as her father was, there’s END_OF_DOCUMENT_TOKEN_TO_BE_REPLACED