Perhaps no other two public figures are more intrinsically connected with Halloween than Harry Houdini and Edgar Allan Poe. Fittingly, there seem to be always fresh new stories about them too.
Houdini,

who died 94 years ago tomorrow, famously promised to give us a sign, proving there’s life after death. We’re still waiting.
And Poe, who preceded him to the great beyond by 77 years, will be forever attached to tales of the macabre, even though his claim to literary immortality comes from his detective stories.
Hungarian-born Houdini, escape-artist extraordinaire with a Freudian relationship with his mother, was skeptical about the supernatural but inspired a generation of then-called occultists.
Poe, who was found delirious on the streets of Baltimore was a true believer in the afterlife, but actually became associated with that most rigorous of law-enforcement sciences: forensics.
Lastly, both will be forever connected to New York, by the way of Queens and The Bronx, despite having come from (more)
________
Read Also
* A Halloween Tale
* Heard That?
* Happy Halloweeners

END_OF_DOCUMENT_TOKEN_TO_BE_REPLACED

Thanks to Him, I Got My
First Yellow Plastic Bus

Norris Coll would’ve been 68 today. Eighteen years since he’s gone, I still struggle to place his life in a coherent timeline, one that would make him justice, and ease my heartfelt emotions.
Fact is, I 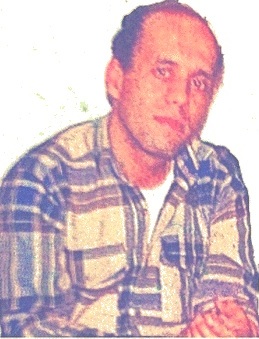 could never draw a decent portrait of my brother, whose sharp wit I still hear at times. Like a blade sliding through soft butter, even in the most casual of the moments, there was always a chance for bleedings.
And there were quite a few of them, along with flareups, recriminations, little betrayals, and several years squeezed between our times together and apart.
Fortunately, there were laughter too, and joy, and discoveries shared and explored. And much of what I am today, I thank to Dois, who at least once, played the big brother to my advantage, and chased some bullies away from me.
In the perforated fabric of my memories, none forms a complete picture, but many have an underlying narrative of challenge, of daring to be bold and get away with it, or almost. He certainly would’ve never looked back, like I’m doing now.
***
I was there the morning he got married by a judge. And we were together in the afternoon too, when he decided not to show up for his own wedding. Once he made up his mind, I couldn’t change it back.
Somehow, he made me his emissary to the puzzled guests crowding the sidewalk in front of the church. Even though I managed to face them all, I never had the guts to ask his wife why she stood by him as she did. Till the end.
There must be some measure of irony and good karma in the fact that their baby girl is now an accomplished trapezist, an aerial performer, and the only certified artist of the whole family.
***
In the early 1980s, we would often walk down a busy São Paulo avenue, smoking joints and watching thundering planes passing overhead on their way to land at his neighborhood airport.
That’s when his volatility would run the gamut, reaching its highest point even before a single airliner would touch down. But our sibling fights never lasted too long, and we’d wake up the next day with no hangovers.
Because we were so different, they could never be as vicious as the ones he battled with our old man, who was truly his double in candor
_______
Read Also
* Son & Sister

and determination. I’ll never know who broke the other one first, but neither quite recovered from their clashes.
In hindsight, he must’ve treasured our times together, as I did, since he always knew he could trust me like no one else. Things I’m telling you now I’ve told no soul for all these years. It was a thought I had the day I became ‘older’ than him, too.
***
We both also knew when the last of those times finally got behind us. We’ve cried our goodbyes in a cool hospital corner, a few months before he left us. He was gone before the first dawn of the 21th century.
It was the year my first born came to this world, and a decade from Dad’s own passing. Numbers can never make up for missing words, though. And about this great guy, there are so many. In all his youthful eloquence, when the end came, he didn’t care to say much.
***
We were with father once when I got one of the toys that defined my childhood, a bus. We used to make constant short trips to the countryside, where Dad would tend to small missions, as a pastor.

So I loved buses back then, and immediately got attracted to one at the children’s section. It was yellow and plastic and, gosh so simple, and so beautiful. Naturally, I had to have it. Not so, said Father Heitor.
That’s when Norris, still a teenager, stepped up and pleaded my case, saying something like, come on, Dad. I think that was my puppy eyes moment, because the pastor looked at me and actually asked me, do you really want this?
And how? I’ve kept it, and played with it even when it’d lost its wheels, was always covered in mud, and its once bright yellow had all but faded. I don’t think I ever got to thank my brother for such a gesture.
***
So, if you don’t mind, let me take this moment to say, thank you for that bus, Norris. Thank you for your life, for giving me this moment to share with the world, for having been such a loving and caring partner.
You’ll always be missed. Happy Birthday, my ‘little’ brother.