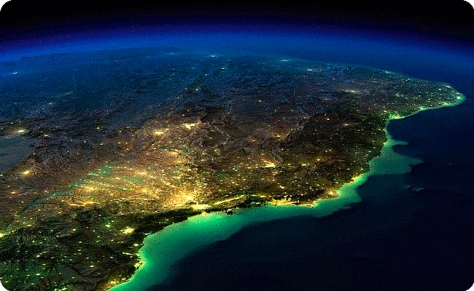 It’s Independency Day for Latin America’s biggest country. So let’s blow some candles and sing sad songs of disappointment. Just like an unruly teenager, so young and yet so troubled already. The so-called growing pains are here to stay, it seems, but little of growing up.
Few are feeling that independent lately. Or big for that matter. Brazil acts as if it’s all new, and keeps repeating itself over and over. Fatigue and heartbreak is how most Brazilians have been living for so long. We swim and swim and still risk drowning by the shore.
The heart of this country is a centrifuge; try to embrace it and hold on to it, and it’ll toss you like a soccer ball. And yet, we come back for more. Our memory burns to the ground in neglected museums and roach-ridden historical districts. And yet, we keep on rising.
Our idealized future rots in jail, our dreams are ineligible to be elected. We’re bound to pick the wrong thief to run us. But it’s September 7, and but for a special favor of a Portuguese prince, we’ve been given an autonomy that we still don’t know what to do with it.
From north to south, the National Anthem will be sung about us, people who never ‘run away from a fight,’ but live on a land ‘eternally lying on splendid cradle.’ A napping giant, that is. Where up is actually down, that is, the bottom rules the top.

Like most things Brazilian, contradiction is our middle name. We’re big but can’t speak the language of the majority that surrounds us. Our race is mixed, tainted, blackish, but no one identifies as such. White is ‘beautiful,’ rich; black is just poor.
Oh, Brazil, you treat us like orphans, children from a broken home, thrown into the world to fend for ourselves. Meanwhile, a cast of stealers rides the wild mount of our rare soul, without success or grace. They will too be tossed, crash and burn. And we will laugh.
Here’s to you, República Federativa do Brasil. Have some cake and get drunk. We’ll cry a little for that spoiled vision of a glorious future that never comes. Don’t worry, we’re not quitting you, but boy, haven’t you have better things to do than to bust our balls?