that’s been orbiting Saturn for the past 13 years, is executing its final dive today. It’ll be a grand finale, fireworks and all, as it’ll crash while taking the last of thousands of pictures and videos it already took from the ringed giant.
It was a risky triumph for NASA, for the $3.4 billion, plutonium-powered probe swung up close by us, in 1999, to use Earth’s gravity to shoot up towards Saturn. A mishap could’ve been disastrous, but it was worth: we’ve learned so much with the little probe that will die today.
These expensive and far-reaching missions always prompt questions as to their validity. It’s no different with Cassini. Many doubted its science, and to some politicians its cost-to-dividend ratio could never be compared to, say, another monstrous taxpayer-funded sports arena.
Since it’s hard to quantify the exact impact Cassini‘s will have on our knowledge – apart from, well, so much more than we knew before -, projects like these may be on their way out. While it traveled to Saturn, nanotechnology, for instance, experienced a quantum leap.
Advances in computer science and robotics, as well as the entry of private enthusiasts in the field of space exploration, may assign a different role to organizations such as NASA, and the European and Italian space agencies, that collaborated to make the Cassini project an astounding success.

A TRANSCENDENTAL STEP IN SPACE
For, however be that as it may, the orbiter, and its hitch-hiker, the Huygens lander, dropped on Titan in 2005, represent a staggering milestone. Its secrets will still challenge us long after everyone alive now is gone. That, by the way, is the only form of immortality that makes sense.
It’s the part when space as a metaphor to the human adventure on this planet resounds the most transcendental. That’s how Italian Giovanni Domenico Cassini, and Dutch Christiaan Huygens, both mathematicians, remain alive and even more relevant today than during their XII century existences.
The Cassini journey has also an added benefit: allowing mankind to witness a complete cycle, which started (more)
_______
Read Also:
* Gatekeeper of Outerspace
* War Lord
* Infinity & Beyond

END_OF_DOCUMENT_TOKEN_TO_BE_REPLACED

Pluto & the Fading Thrill
of the Great Discoveries

Little engine that could. Ugly duckling. Nine-day wonder. Pictures that the New Horizons satellite took of its arrival at Pluto, after a nine-year trek, have stunned the world by their unexpected beauty, and even jaded space buffs have marveled by what’s been revealed to humanity.
The going has been rough for the heavenly body that sits at the edge of our Solar System. Not long after the probe’s departure from Earth, Pluto had already lost its planetary status and been downgraded to a dwarf planet. Other indignities could have followed it as well.
But the striking 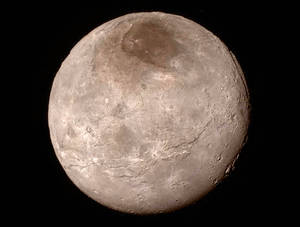 images still arriving from Pluto may change all that, at least in part, igniting a new found curiosity about the universe in the process. The last time that happened was arguably when the Pioneer twins brought us closer to the wondrous realm of Saturn and its ring system, in the 1970s.
Still, whether newly acquired knowledge radically speeds up our current understanding, Pluto’s planetary arch, from Mythology to joining the brotherhood of the Solar System, and then falling precipitously from grace, is already a rare and impressive saga.
Pluto was eagerly anticipated to be discovered since Antiquity, way before Clyde Tombaugh spotted it in 1930. Venetia Burney, 11 at the time, suggested its name, ‘because it hadn’t been used,’ as if unaware of the Greeks, who called it the God of the Underworld.

Known as the ninth planet orbiting the Sun for 76 years, Pluto‘s ride as such came to a crashing halt when the International Astronomical Union redefined the concept of what it means to be a planet. Despite heated arguments, Pluto failed to pass the new classification.
As for Tombaugh, who died in 1997, one may say that he was spared the embarrassment of seeing Pluto’s status demotion, but is somewhat sharing the glory of its resurgence to the eyes of the world: his ashes are entombed on the New Horizon capsule.
In Brazil, there used to live a German astrologer who believed that every time a planet would be in evidence, END_OF_DOCUMENT_TOKEN_TO_BE_REPLACED 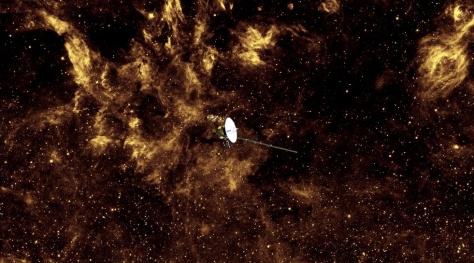 Talking about the little, multi-million dollar, engine that could. The Voyagers twin spacecraft, launched 35 years ago next August and September, are about to reach a place full of cliches but still vastly unknown: the interstellar space, the area beyond the imaginary trajectory of even the farthest member of the Solar System. Literally, it’s about to get to where no one has gone before.
The small crafts don’t even register on the world’s most powerful telescope screens and NASA scientists track them both by complicated astronomical calculations. But their math indicates that, yup, Voyager 1 is almost at the Heliosphere, and #2 is coming up soon after. Bye bye cruel world that mostly forgot about us, then. Except that we haven’t.
Sorry, there won’t be any cake waiting for you guys, to mark the occasion, and even our messages will get to you ever more apart from each other. They now take almost 17 hours to get to you, but fear not; END_OF_DOCUMENT_TOKEN_TO_BE_REPLACED

As Mars Pays a Visit, NASA
Wonders What to Eat Up There

The Red Planet is upon us this week, as it’s closest to Earth in its 2-year orbit. While backyard astronomers or simply stargazers go into their usual frenzy of Internet commentary and great photos, astrophysicists continue researching ways for our first visit to a planet other than our own. It won’t be easy.
Practical considerations such as what to wear and how to live up there assume epic proportions, as do issues of safety and comfort. Nothing is as hard, though, as to figure out what astronauts will eat during the trip, and specially, once they’re there. NASA, for example, started a four-month program to develop a healthy diet fit for astronauts.
Open to anyone, the program will also address the fact that space travelers seem to crave spicy foods and sweet and sour things. The technology of growing and recycle food in space will have to be greatly improved too if we’re to survive in such inhospitable conditions.

These are but a few of the so far insurmountable obstacles that the estimated three-year trip presents to earthlings. We still don’t even have a suitable rocket to take us there, nor the sources of renewable fuel are sufficiently up to par to supply us with the energy necessary for the journey. And never mind getting into the psychological challenges such a gruesome enterprise would represent.
So, while this is not even Mars’s closest approach to Earth, being at a mere 63 million miles from us, it’s still fun to gaze at its fuzzy surface where the rovers Spirit and Opportunity wander about and the Phoenix lander now sits silently, and at the Gale Crater where the Curiosity END_OF_DOCUMENT_TOKEN_TO_BE_REPLACED

It’s a busy time for astrologers

all over and the Internet is abuzz with a rare phenomenon. Jupiter and Uranus in Aries, Pluto in Capricorn, the Moon in Cancer, and Venus, Mars and Saturn in Libra, plus the Sun in Leo, are forming a curious square at the center of the Astrological Map template.
That signals, according to informed sources, the need to “remain calm and balanced to deal with an extraordinarily intense wave of energy.” Old systems are set to “break away and new ones to form,” and “what’s in the shadow will be revealed.”
All in preparation, of course, for the “Triple Crystalline Portal” in 10/10/10. We, honestly, have no idea what this all means but humbly wish to pass along the information. No additional details will be provided.

You’d been planning it for weeks. Your Evite list is full of confirmations. You’d even decided to open that case of upstate New York wines, so to celebrate the occasion. Plus all the research, the knowledge to impress your friends, the scientific jargon you’d prepared to pepper your explanations about the celestial phenomenon.
All for nothing, apparently. The annual meteor shower will be seen everywhere but on the South Pole and, you guessed it, New York City. No, climbing the Empire State Building, which will be open until 2am, won’t help it. The glare of the lights in the big city, they say, is too intense. And you thought you were never find yourself complaining about that, eh? So much for the stars END_OF_DOCUMENT_TOKEN_TO_BE_REPLACED