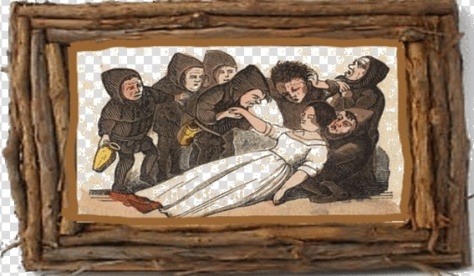 Video games may be the modern equivalent of fairy tales. But if child psychologist Bruno Bettelheim was right, those ancient stories about damsels in distress and their rescuing knights are far from having exhausted their appeal. The good old doc should know it.
He survived the Nazis only to fall in disgrace for enhancing his resume and being nasty to his pupils. Alas, the man who taught us about warding off life’s demons, could not handle his own. He suffocated himself to death with a plastic bag wrapped around his head in 1990.
After such a florid intro, though, we’re switching gears to focus on some hardly known facts behind two classics of children’s literature, Rapunzel and Snow White, and a book written a century ago that became a breakthrough movie, the Wizard of Oz.
They all share an underlying common trait: the confusion and hardship typical of impoverished children going through puberty. While predating even the concept of childhood and adolescence, there’s never doubt about what demographics they were catering to.
Behind a veneer of an idealized world to which the young protagonists long to belong and conquer, and a patina of virtue and redemption righting all wrongs, deep down, the stories are suffused with intrigue and betrayal, brutal competition and carnage.

TALES FROM THE DARK AGES
For all the high-def graphics and sensory numbness-inducing FX of video games, and all modern entertainment for that matter, they’re no match to the emotional intensity and masterly manipulation of deep-rooted fears, which are the currency of fairy tales.
All are about lonely children transitioning to adulthood, trapped by conspiring circumstances and on the verge of defeat until the very end, often when their rivals perish. Strife and miserable family bonds are never far from center stage, and neither is the threat of annihilation.
For Bettelheim, beyond their imagery, these tales are loved for offering kids happy outcomes, which they can come up with on their own. Behind the Dark Ages’ ambiance and archaic social settings, (more)
__________
Read Also:
* Warped Worlds
* Remarkable Apparatus