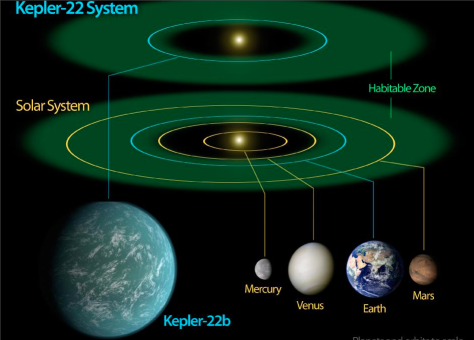 New Earth-Like Planet May
Have Everything But a Moon

It’s almost as warm as our planet. It may have liquid water on its surface. It orbits a twin of our own sun. Kepler-22b, the newest exoplanet found by NASA’s space hunter mission Kepler, is but one of hundreds already found that could harbor life. But it’s somewhat unique in what its size is comparable to earth’s in ways many before it aren’t.
No astrophysicist is hyper ventilating about it just yet, though. The observations are based in a lot of assumptions and, at this point, we have no idea whether the new discovery is a rocky or a gaseous body. There’s also no word yet on whether it has a moon.
The Kepler mission has accelerated a thousand-fold the hunt to find a place fit for life as we know it, and a few obscenely massive black holes to boot.
In fact, the mission’s findings will be combined with observations made by the S.E.T.I. project, one of the oldest searches for alien life that was recently revived.
It’ll now direct the eyes of its system observatories to the same area in the sky that Kepler has been pointed to.
As for us, in the meantime, all we have managed was to multiply threats to the environment and to our own survival on this planet.
BUILDING A NEW BODY
But no one is ready to pack and board the first rocket to the unknown just yet. In fact, we’re far to even being able to consider the possibility of a mass exodus from earth as a viable survival option to our species.
Never mind diminishing budgets and interest in space travel, as sad as it may be. Or the creeping malaise of conformism and settling for the END_OF_DOCUMENT_TOKEN_TO_BE_REPLACED

Music from Another
Quadrant of the Sky

First, it was the sun. A few months ago, scientists at the University 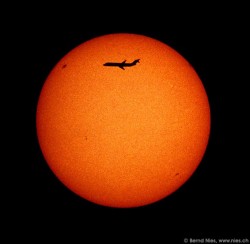 of Sheffield, U.K., recorded for the fist time the sound produced by its outer layers. It was a gentle, strange harmony, not likely to be recorded by Lady Gaga anytime soon, but almost as fascinating as her choice of outfits. Now, they found Gemma, a very distant star twice the size of our sun, which also emits its own brand of haunting chord progressions.
You may imagine these two flaming giants harmonizing from extreme opposite sides of the universe until their combined song END_OF_DOCUMENT_TOKEN_TO_BE_REPLACED

It’s a busy time for astrologers

all over and the Internet is abuzz with a rare phenomenon. Jupiter and Uranus in Aries, Pluto in Capricorn, the Moon in Cancer, and Venus, Mars and Saturn in Libra, plus the Sun in Leo, are forming a curious square at the center of the Astrological Map template.
That signals, according to informed sources, the need to “remain calm and balanced to deal with an extraordinarily intense wave of energy.” Old systems are set to “break away and new ones to form,” and “what’s in the shadow will be revealed.”
All in preparation, of course, for the “Triple Crystalline Portal” in 10/10/10. We, honestly, have no idea what this all means but humbly wish to pass along the information. No additional details will be provided.