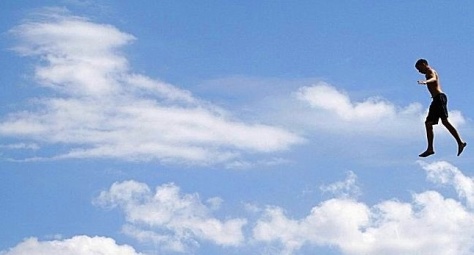 For These Gut-Churning News,
Laugh Only When You Breathe

So busy digressing about things too serious to skip, those worries and concerns transfixing our age, we often forget that life finds a way all around, and mostly despite, us. One more disgraceful news and we risk losing the ability of flexing the muscles of our smile.
So let’s pretend summer is really easy, fish are a-jumping, and if not cotton, then someone is high. Anyone would, coming across F.W. Murnau’s head, or a performance corpse, or an one-line obituary. In fact, reality often threatens to drive even comedians out of business.

Heard the one about Zimbabwean money? The currency is so devalued that someone can have, say, Z$35 quadrillion in his or her banking account, and still starve. A hot dog may cost a little beyond that. In the U.S., it does: all this money is worth only one dollar.
What about ‘dick pics?’ Even NSA whistleblower Eduard Snowden was surprised when told that what really scares Americans was not the fear of an all too powerful government, but having their nude pictures watched over by spies, who should be busy with something else, any

way.
But that sort of iconography is indeed dear to our fellow citizens. Take 1934 public enemy No.1, for instance. A photo of a dead John Dillinger may have created the biggest hoax about him: it looks as if he’s having a post-mortis erection right under the blanket.
Unlikely, of course. It was probably a fluke. But does it matter? His notoriety is now forever melded to his supposedly endowment, regardless if it has anything to do with guns or not. Go figure. And don’t forget to check the Skip Showers for Beef‘ campaign. You may thank me later.

GRAVE ROBBERTS & THE VAMPIRE
On to the main course. For fans of gore (and low-standards real life puns), the theft of F.W. Murnau‘s head is a full dish, to be savored with cheap wordplay and poorly concocted theories. But it really happened: the grave of the Nosferatu‘s director in Berlin has been desecrated.
Worse: news reports about it wound up adding further grievances to his family and fans of one of the greatest masters END_OF_DOCUMENT_TOKEN_TO_BE_REPLACED

Sometimes it’s fun to pick and choose and put together far out news stories, even when they have nothing to do with each other. It’s all in the interest of our readers, of course, and also because we have absolutely run out of related news to report.
In fact, Colltales does have a soft spot for the odd, the weird and the crazily abnormal, which often go unnoticed in our daily grind. So grab a cup of coffee and jump-start your day with another smart conversation piece to impress your friends over the weekend.
INHIBITED RESEARCH
One of the winning entries of this year’s Ig Nobel Prize Awards was a study on the relationship between the urge to urinate and the ability to make sound financial decisions. Come again? 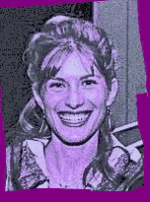 You heard it right: a multi-disciplinary team of scientists actually drank an excessive amount of liquids to gauge issues of self-control in relation to cognitive activities. What’s surprising is that what they concluded most likely was not what you’d expect.
The paper, Inhibitory Spillover: Increased Urination Urgency Facilitates Impulse Control in Unrelated Domains, was the result of obviously-arduous efforts by Drs. Mirjam Tuk, Peter Snyder and Paul Maruff, among many others, to prove the, END_OF_DOCUMENT_TOKEN_TO_BE_REPLACED