Printing Faces From Chewing
Gum & Food for the Red Planet

The latest tool to redefine facial reconstruction is Three-Dimensional Printing, which has already taken digital technology to surprising realms. But as some rushed to print a firearm, the medical field found a much better use for it, helping people with disfigured faces.
From Egyptian death masks to crime-solving forensics to recovering the likeness of historical figures and early humans, facial recreation has come a long way. Now artist Heather Dewey-Hagborg is combining 3-D with DNA decoding to re-imagine the face of her contemporaries.

Instead of using molds or clay or plaster, though, or reconfiguring someone’s resemblance by their bone structure, Dewey-Hagborg is tapping into a seemingly endless supply of raw material: garbage infused with organic matter. In other words, stray hair, nails, discarded chewing gum and cigarette butts.
These dejects we routinely toss aside with abandon have, potentially, all the information about us that a DNA lab would wish for. You may now insert here your own nightmarish scenario of a shady organization going through dustbins to collect material about you. Which, haven’t you noticed?, is already happening.
Take comfort you’re not the only one concerned about what’s called genetic surveillance, since the whole point of the artist’s ‘Strange Visions‘ exhibit is to raise awareness, by proving that it’s possible to gather an incredible array of personal information about anyone, through not necessarily illegal means.
After all, since the early 1990s, there’s already a well funded National DNA Index System, ready to process such material. Compounded with old-fashioned surveillance, like cameras and recordings, and digital snooping, the whole thing does make old Georgie and his 1984 sound like a kids’ bedtime story.

THE FACE’S VALUE
It doesn’t have to be that way, or rather, it hasn’t always been this way. Face masks were used in the Egyptian highly ritualized burials to memorialize the deceased. Mummies were sent to the great beyond wearing layers of clay, bronze or gold masks, perhaps as an attempt to compensate for the inexorability of flesh decay.
Throughout the centuries, ritualized or not, death masks were adopted as a portraiture device, printed as effigies, informing future reenactments of the supposed glorious life of the one who’d passed. Or simply as mementos, in an age where depictions were hard to come by or preserve.
Only later casts became investigative tools, illuminating a crime scene by giving it a physicality it wouldn’t otherwise have. They would also serve a more voyeuristic purpose, as to save someone’s likeness for further reference. One would think that with the advent of photography that would all be left behind.
But as it goes, one would be completely wrong about that. Photos have indeed become part of the arsenal of any CSI worth its TV series, but could never convey what a 3-D depiction can, not even in holographic form. Besides, soon after its invention, photography itself proved that it could not be trusted as an accurate mirror of reality.
Apart from that, the complexity of the human face, whose role in social interactions and communications is present from birth, can’t be captured that easily. What the brain is trained to do, to perceive even an infinitesimal muscular move, and imbue it with meaning, often is invisible and lost even to the best HD lenses. 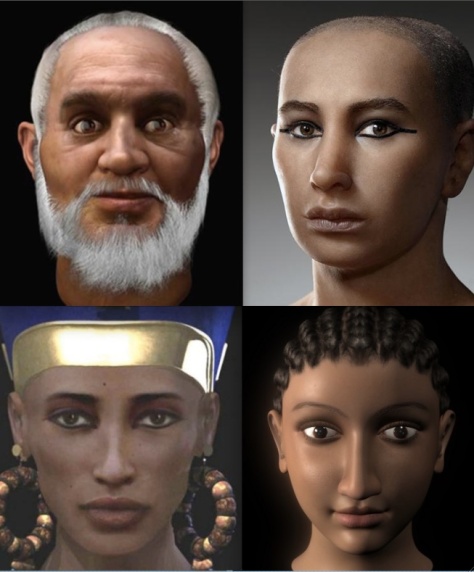 A THIRD DIMENSION
The printing of the functional aforementioned gun was a cultural shock, but not an unexpected one, for it was sort of a baptism of fire, no pun intended, that every new medium has to go through, before being incorporated to the era. It has to prove itself relevant by reflecting or, as in this case, copying artifacts dear to the culture that created it.
But it was, one hopes, only one of the first applications of such invention, and if we may say, a mediocre one at that. It’s only fair that in time, it’ll find a more transcendent purpose. Since we live in an age when the future in many ways is already here, at least some of such purposes are already being pursued: ‘printing’ food and body parts.
Take NASA, for instance. By the time astronauts are taking off to Mars, it plans to have something like a printing food factory on board of its ships. For that, it’s just granted $125,000 to a Texas-based research firm, to develop a 3-D printer that will create ‘nutritious and flavorful’ food for the lucky holders of the one-way ticket to the red planet.
The idea is to combine powders during the trip to produce something similar to food in nutritious value, texture, taste and smell. It’s a tall order, but it has to be done. It’d be impractical to expect that they would be shopping at their local mart before boarding the big rocket. Just imagine the price tag of such shopping spree.
The case 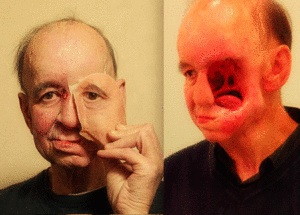 of Eric Moger is another glimpse of the good that can come from such an invention. Once he lost half of his face to a tumor, he was all but destined to spend the rest of his days eating from a tube connected straight to his stomach, and let’s not get into the profound trauma such a radical disfiguring would represent to the quality of his life.
Enter Dr. Andrew Dawood, a dental surgeon and implant specialist, who’d done some 3-D printing of replacement jaws for his patients. Through scans, he created a blueprint for a titanium jaw which, combined with a plastic plate inserted in the mouth, restore Moger’s ability to eat almost normally, and also to think better about his appearance.

FAMILY RESEMBLANCE
To be sure, the end product of facial reconstruction, with or without DNA coding, CT scanning, bone fragments, and high-tech surgery prowess, is not an exact science, at least at the current stage. Dewey-Hagborg is the first to admit that even her own self-portrait looks more like that of someone of her family than herself.

No reconstructive surgery has given back someone’s old face, and beauty is not really something anyone would be aiming for in a long while. At the same token, no one should put too much currency in our ability to recreate the faces of people of the past or even of our ancestors, specially because, as we said before, the role of human face in communications, etc, etc.
Still, there’s something eerily familiar in the facial expression of the newest robots, or the astonishing albeit imperfect beauty we managed to extract from an ancient queen, for example, whose history we think we know a little. As robots are getting better and better at mimicking humans, so are we at recreating our own ancestors.
What we may be a bit behind is not so much about our still rudimentary technology, but our ability to master the evolutionary curve towards a viable future. Thus is great we have the means to help people like Moger, or the first humans to land on another planet. But even better would be to be able to prevent what caused him to lose his face, or what may force our species to someday flee the Earth.

2 thoughts on “The Way We Look”