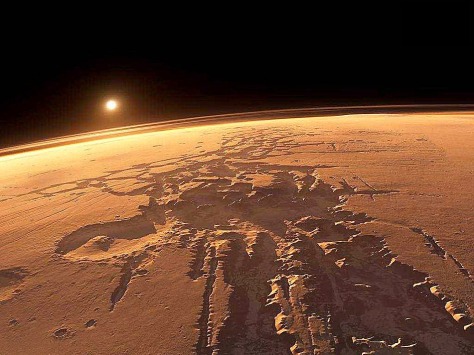 Women May Lead Our
First Mission to Mars

For some three billion years, 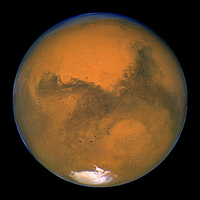 Mars looked all but dead, despite misplaced expectations astrophysics had about it all along. Now, as if acting on cue, it seems to be having a renaissance of sorts. Even a comet has paid a close visit to it last week.
Besides the two rovers still soldiering on its inhospitable surface and atmosphere, NASA plans to thoroughly explore it, with a possible human landing sometime in the next two decades. A number of international satellites are also on its orbit.
But despite its allure and beauty on our Zenith, Mars has had a problematic and somewhat disappointing history all along. It closely tracked Earth’s own development for at least a billion years, until something went terribly wrong and, by the time we showed up, it’d gone completely astray. A kind of recovery may be in the works, however, as some believe that life may have come from there.
Lucky us, disaster struck the red planet and not to the blue one. While a climatic inferno wrecked havoc on Mars, it didn’t take long, in astronomical terms, for Earth to bloom and become simply the most beautiful and friendly place in the whole wide universe.
That we act uncaring and downright abusive to this paradise is a matter for another time. The fact is that Mars has attracted so much attention that one wonders whether ancient people were up to something when they nominated it as God of War. Or hasn’t anyone heard the words ‘permanent’ and ‘war’ uttered so often together lately?
There was once a famous German astrologer that was so dedicated to find links between the influence of the Zodiac’s heavenly bodies and the human psyche that whenever a planet would be in evidence, she’d point to a corresponding ‘impact’ it’d have on us.
Thus, when the Pioneers and, later, the Voyager probes sent back those stunning images of Saturn, in the 1970s, she immediately related the event to the era’s economic recession, lines at gas stations in major Western cities, and so on. For her, it all had to do with the celestial Lord of the Rings’ particular charm.
Whether she too was on to something still depends on what one believes, but there’s no question that she was very much in synch with the Greek Pythagorean concepts of Astrology, once considered a science, to which Ptolemy formulated additional precepts. Egyptians and Romans concurred to that school too. 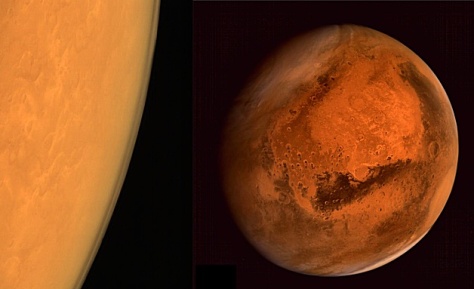 VOLUNTEERS FOR A ONE-WAY TRIP
NASA has been preparing a potential crew to make the trip to the Martian steppes, and even if we still lack the proper transportation to do it, a number of endurance experiments have been conducted with small groups of people. Another team has just started a six-month period of isolation in Hawaii, for instance.
Many ideas have been floated about what such a hazardous trip would consist of, including the possibility that it’d be a one-way ticket journey, meaning that the pioneering astronauts would not necessarily come back ever to Earth. A daunting prospect, indeed, but one that may have its takers.

Experiments in dieting, self-renewed sustenance, revolutionary farming techniques, even rigorous psychological training to prevent the crew from becoming overwhelmed with boredom, or worse, have followed. A variety of styles in new spacesuits are also in the works, from Barbarella to Buzz Lightyear, with all the bells and whistles that not even Ray Bradbury had dreamed of.
The latest of a long series of hypothesis and proposals to maximize a trip to Mars represents a novel idea and has a particular appeal to at least 50 percent of humankind: the possibility of sending a crew of mostly, if not solely, women to Mars. One assumes, on a round-trip basis, though.
The proposal is surprisingly not new, as NASA did consider sending a woman as the first human in space, an idea whose time was then still to come, but that now may be just ripe. The rationale has little to do with gender politics and a lot with caloric intake and preservation.

WOMEN ACTUALLY BELONG IN MARS
For such a long, perilous, and expensive journey – a price tag has been conservatively estimated to be about $450 billion – weight becomes a serious consideration. And a woman’s body does weight less in average than a man’s, consumes less calories, and preserves them longer.
And then, there’s the always pesky matter of too much testosterone to be tightly packed into a small bus and sent to interstellar space. The Donner Party comes to mind: the group of 91 pioneers set to reach California in the summer of 1846 got trapped by snow for roughly the same duration of the one-year round trip to Mars.
Even resorting to cannibalism didn’t serve them well, however: only 48 made it to the end. But among the 55 men, just 18 lived to tell the story, while of 36 women, 25 survived. Several men, including all bachelors, were killed not by starvation but on deadly disputes.
There’s indeed logic in having women lead the pack for a change. As for whether assumptions about their often noted ability to work in tandem and cooperate with each other better than men, only the trip itself would confirm it, of course.
But the major obstacle to such an enterprise remains being radiation. No human has been exposed to it for so long, and none of the current spacecraft technologies offers adequate protection against it. Plus, once landed, the crew would be a sitting duck to it too. That may reset the launch clock a few more years into the future.

TOMORROW WILL NEVER DIE
There are other firsts too that need to be considered for such a trip, not the least of them, its budget, and whether the scientific payoff would be worthwhile the risk. Robot and automated technology seem to be evolving way faster than our bodies can afford it, and it may make more sense to have them carrying on the day.
Not nearly as glamorous or as appealing, though, as having our own flesh and bone (i.e., the astronauts’, not yours) step on the red dust and adding a quick blurb to history, as Neil Armstrong so eloquently did in 1969. Besides, concerns about safety never prevail when it’s about exploring new worlds.
Also, visions of a race of super robots rebelling and coming back to get us may still be a possible foresight of a nightmarish future, thanks to the Philip K. Dick-derived Blade Runner movie. On top of that, Mars itself hasn’t been exactly short on the occasional odd sighting either.
Curiosity, for instance, the Martian rover that has a Twitter account, has recently spotted an almost perfect round rock on the planet’s surface, awakening fears that there may be some kind of yet hidden civilization of, well, rounded rock makers, at least. Hardly, of course, but so far, scientists haven’t completely clarify what we see in the pictures either.

NOT THAT KIND OF PLACE
No wonder a visitor from outer space came to check in whether there’s life on Mars: the comet Siding Spring, which got within 84,000 miles of its surface, a proximity that has never being reached by any of the meteorites that zipped by us, at least without hitting us smack on the face.
It wasn’t as flashy as the Shoemaker-Levy 9, which hit Jupiter in the summer of 1994, in one of the most spectacular space shows ever witnessed, via telescope, by our current crop of humans. But Siding was still a show nonetheless. Again, leave it to the ancient to place an omen on comets, but never mind that now.
Earth’s troubled brother has elicited at least one instance of low-price ingenuity too. India, a country that by the time a human sets foot there may have become our most populous, has just parked its first satellite on its orbit, all on a fraction of what Kanye and Kim spent on shoes last month.
As for the misery of war, which we seem to have up the ante several notches lately, don’t blame it on that hellish world either. Rife with problems of its own, it could hardly be concerned about instigating our thirst for blood any more that we do it ourselves. By the way, the name of that Astrologer is Emma de Mascheville.
_______
Read Also:
* Red Shift
* The Red Chronicles
* Space Snacking